How To Not Take On Other's Negative Energy 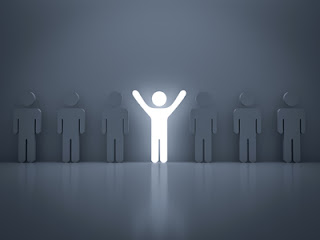 This morning was a little rough. Nothing extraordinarily awful, but from the second my son woke up he started complaining about not going to school. And he is a pretty good complainer! There was a lot of kicking the bed and professing how much he does not want to go to school complete with constant whining. Not the way I want to start the day. As someone who is very conscious of starting the day on a good note, from the minute that I woke up the whole scene was pretty unpleasant for me. I tried to calm him down and let him know school was only a few hours long (which backfired) and even helped him get dressed. Nothing worked until finally I got very annoyed and raised my voice and told him that it was not enjoyable to listen to all of this whining and complaining and that I had really had enough.

And then I felt the “bad mood” creep in. He eventually calmed down and I sat with him for a few minutes and we were relaxed from then on. After I dropped him off at school I went on my morning run and started noticing my thoughts. They were a bit dark and angry. And if you had asked me how I felt at that moment I would have said pretty bad. But then I questioned that. Why did I really feel that way? There was no one I was angry at, nothing negative going on for me at that moment in time or even in general, in fact things were actually going pretty well for me and if I dug a little deeper I was actually happy and feeling good. So what was this other stuff from?

Well sometimes we don't realize it but we flat out take on other people's energy. It took me a long time to learn this but once I did it was incredibly eye opening. For years I could not be around someone in a bad mood without getting brought down by it myself. And that's what happened to me today. I literally took on my son's negative energy. And this is something that is worth becoming conscious of. He is my son and I love him more than anything in the world but I don't want to take on his or anyone else's negative energy. In fact when I am aware of it and consciously choosing not to absorb anyone's negative energy that actually leaves me in a better place to serve others. Had I not taken on my son's negativity I would have operated from a place that was a much better example for him. (And I would have felt better too!)

But again, this unawareness can really wreck havoc on alot of us. Have you ever felt angry or anxious or just gotten in a bad mood for no reason? Next time that happens really examine if there is a reason for those feelings or if it's possible that you are taking on someone else's energy. When we take on that kind of stuff it leaves us in lower level energetic spaces and renders us less than our best for our own beings as well as our loved ones. This does not mean that we cannot have compassion for others, we most certainly can by continuing to love others and allow them to be in whatever space they are in.

It doesn't take a lot of work to begin to change taking on other's energy. Start by simply being aware. Notice when there is not a reason for any negative feelings you may be having and then simply sit quietly for a moment and ask that those energies be released from your body and spirit. Ask your self to release them, ask your higher power to release them, whatever feels comfortable for you, just ask. And literally imagine and feel any unwanted energy that is not your own and not serving you in any way leaving your body. Imagine it leaving from the top of your head, or out from your heart center, or whatever feels right for you, it's your own experience and that conscious releasing of negative energy that is not yours leaves you free to feel better and operate from a higher place.

And conversely it's worth recognizing when your energy might be negatively impacting others. When we start complaining and pointing out things that are wrong we can really impact other people's energy. Being aware of our own state of being and of what type of energy we are putting out there can help to keep us in an emotional state that serves us and those around us best. That is not to say you cannot feel and process unpleasant feelings or share them with close friends or loved ones, rather it's about awareness of energy. And all of this can be especially helpful to practice around the holidays when stress levels can be higher than normal or we may be around more people that tend to push our buttons. Know the state that you prefer to be in and be conscious of not allowing anyone else's state of being take that away from you! Have a wonderful Thanksgiving!

Heather
I am a life coach who was led into this profession by my own life changing experiences that brought me back to a path of personal growth. It is my intention to share my thoughts, experiences and a-ha's in order that they may touch you in some way or help lead you to your own personal expansion. Written with love. For a more in depth look at what I do please visit heatheroneillcoaching.com